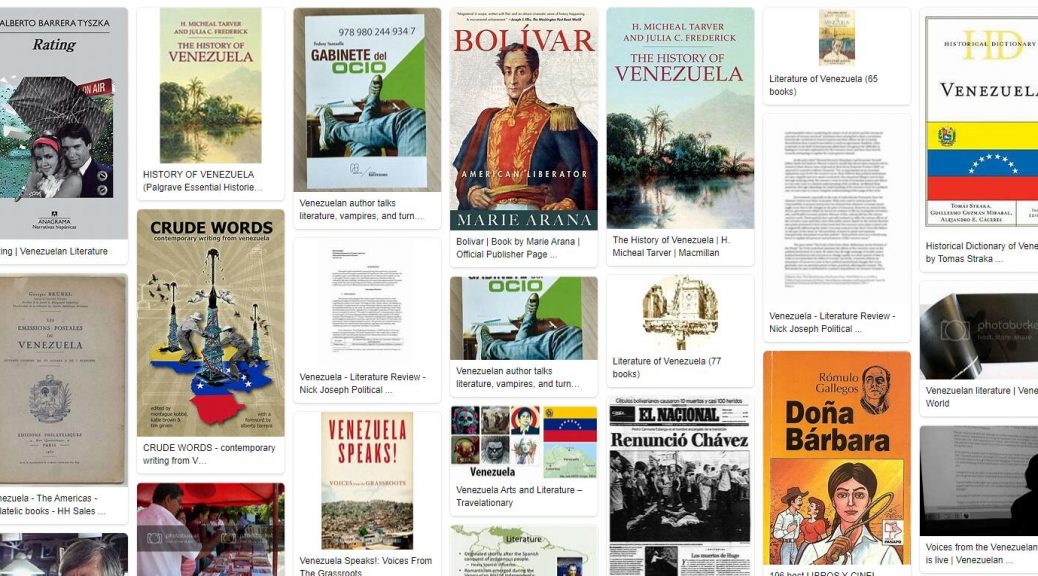 The country appears devoid of a real colonial culture until the eighteenth century; the first document of a local literature is José Oviedo y Baños’s History of the conquest and population of the province of Venezuela (1671-ca. 1738). The transformation of the Seminary of Caracas into a royal and pontifical university (1725) started a first cultural development which in the second half of the century. XVIII became more consistent. This allows us to understand how Venezuela was able to give two leading figures to the cause of American independence: Francisco Miranda and the Libertador Simón Bolívar (1783-1830), who was also a highly cultured man and a writer of rare effectiveness. In the same atmosphere of enlightenment renewal, the first great writer of Venezuela was formed, Andrés Bello (1781-1865), scholar and poet (especially appreciated in the Silvas), settled after 1829 in Chile. Political independence brought great cultural fervor and increasingly close contacts with Europe and the rest of America. They revealed “civil” writers such as AL Guzmán (1802-1884), Fermín Toro (1807-1865) and Rafael M. Baralt (1810-1860), still neoclassical poets, and JV González (1811-1866), poet and prose writer already sensitive to romanticism, which triumphs in the verses of JA Maitín (1804-1874) and A. Lozano (1821-1866) and with more notable results in those of JR Yepes (1822-1881) and JA Calcaño (1827-1894), with whom a second romantic generation opened up. Among the prose writers emerged C. Acosta (1818-1881), polygraph of vast interests, the historian and narrator E. Blanco (1840-1912), the authors of traditional narratives D. Mendoza (1823-1867), NB Peraza (1838 -1906) and, with particular relief, A. Rojas (1826-1894), whose Leyendas de Venezuela they are still considered a classic text, and the later TF Cordero (1860-1938). In non-fiction, the positivist JG Fortoul (1862-1943) established himself in the second half of the century, while the theater had a late and of little value (Eduardo Calcaño, 1831-1904). The political events of the country, repeatedly ruled by dictators who are far from sensitive to cultural issues, strongly influenced the fate of literature; the case of the writer exiled or engaged in politics became more and more frequent.

In addition to the aforementioned Blanco, Manuel Felipe Rugeles (1904-1959), Angel Miguel Queremel (1900-1939), Otto D’Sola, Vicente Gerbasi (1913-1992) take part. The lesson of the Spanish poets of the “Generation of ’27” and the metaphysical tension of the surrealist experience act on them. FG Lorca, R. Alberti and also JR Jiménez had in Viernes an effective vehicle for the diffusion of their poetics in Venezuela. According to allpubliclibraries, in a surrealist sense the poetry of D’Sola, Rugeles and Gerbasi matured more rapidly. The first is linked to the neo-romantic line that resurfaced with modernism; the second gradually accentuates the meditative tones and the inclination to philosophical reflection, arriving at a religiosity of profound mystical resonances; the third pursues a subtle and intensely spiritual sense of living, fixing its plot in works of profound aesthetic emotion. After Viernes, other magazines gave impetus, in the 1950s and 1960s, to new trends and lines of research in the literary field, including Tabla Redonda, Sardio, El techo de la Ballena.

Among the collaborators of Tabla Redonda the poet Rafael Cadenas (b. 1930) stands out, with a lyric rooted in existentialist themes (Los cuadernos del destierro, 1960); among those of the Techo de la Ballena, Caupolicán Ovalle, author of satirical verses and violent denunciation, stands out. They belong to the group of Sardio Luis García Morales and Ramón Palomares (b.1935). Thus, the process of renewal of language and poetic forms that will see Venezuelan authors engaged in the 1970s and 1980s is launched. Among these G. Sucre (b. 1933), known mainly as an essayist and literary critic, but also a poet of exemplary formal rigor.

In the 1980s, the group of authors formed around the Taller de poesía of the Centro de Estudios Latinoamericanos Rómulo Gallegos established itself: from S. López to AJ Sequera (b.1953), A. Rojas Guardia (b.1949) and gradually H. Ossott, MC Salas, A. Oliveros and others such as Eugenio Montejo (1938-2008, Elegías, Muerte y Memoria, Terredad), Yolanda Pantín, Rafael Arraíz Lucca. In the narrative field, the contribution of Venezuelans to the development of the nueva novela he is linked to internationally renowned names, such as AU Pietri (1906-2001) and S. Garmendia (1928-2001). The former is considered the creator of the modern historical novel and cornerstone of Latin American magical realism. The second, on the other hand, has operated, albeit with significant shifts towards the dreamlike and the fantastic, within the contemporary real, reflecting social wounds and individual torments with dramatic clarity. These two prominent personalities in Venezuelan fiction are flanked by valuable writers, such as G. Meneses (1911-1978), A. González León (1931-2008) as well as J. Balza (b. 1939), D. Romero (1938-1999; The tragedy of the generalísimo), L. Britto García (b.1940), JA León (b.1940), D. Alizo (b.1941). Figures that have emerged more recently are Francisco Massiani, Guillermo Morón, Ana Teresa Torres (b.1945; El exilio del tiempo, 1991, Doña Inés contra el olvido, 2000), Laura Antillano (b.1950; A wagon broad if llama tren), Stefanía Mosca (b.1957), Federico Vegas (Falke, 2005), Juan Carlos Chirinos (b.1967; El niño malo cuenta hasta cien y se retira, 2005) Carlos Noguera (Historias de la Calle Lincoln) José Manuel Briceño Guerrero (Latin America en el Mundo, El Laberinto de Los Tres Minotauros), Ricardo Azuaje (Viste de verde nuestra sombra). Among the best essayists and literary critics of the late twentieth century there are Juan Carlos Santaella, Víctor Bravo (b. 1949), Javier Lasarte (b. 1955).