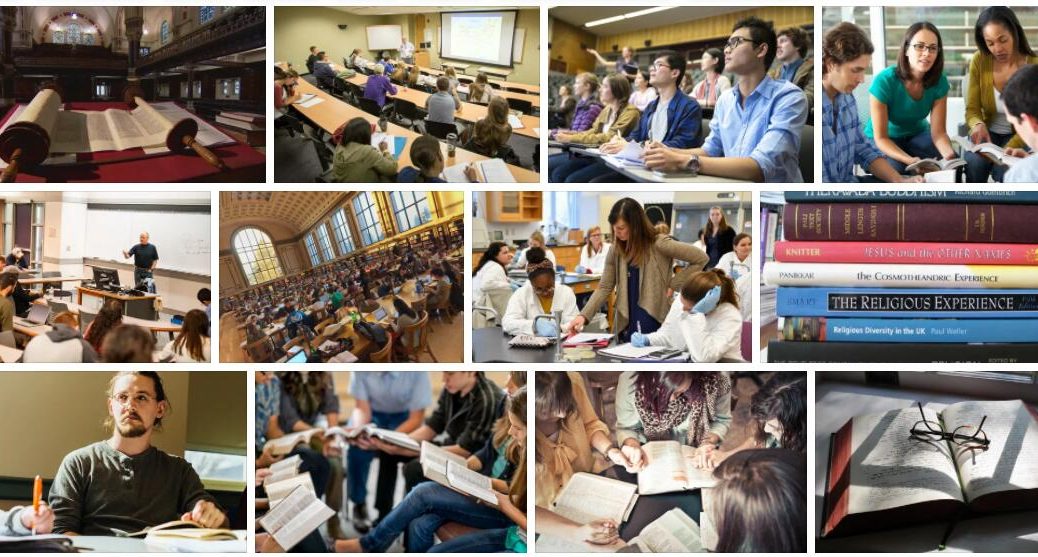 What exactly is celebrated on Hanukkah? What other religious festivals are there? And how does religious fundamentalism come about? Religion also plays a crucial role in our modern society. The thinking of most people is still shaped by the major religions Christianity, Islam, Judaism, Hinduism and Buddhism. Many current conflicts can only be explained with reference to their religious backgrounds.

What is religious studies?

Religious studies deals with the phenomenon of religion in its entirety . The point is not to clarify whether there is a God or which faith is the right one. Rather, religious scholars try to examine the origins and development of different faith communities, religious institutions and religiously motivated actions as objectively as possible. In doing so, they rely on empirical data and use social, linguistic and cultural science methods to help them evaluate them.

Religious Studies as a subject

According to LIUXERS, the subject of religious studies belongs to the area of ​​social and cultural studies . As such, she also includes historical , sociological , ethnological and geographical aspects in her research.

In the bachelor’s degree, students first acquire knowledge of the general history of religion . You will get to know the major world religions, but also smaller ancient and contemporary forms of religion. Scientific work and the methods of empirical social research are also practiced. In the further course of their studies, the students can then deepen their knowledge.

Often, modules from related subject areas such as Jewish Studies or Islamic Studies are offered that allow students to study specific religions in more detail. At many universities there is also the possibility of further specializing through elective modules. For example, students can specialize in the religious history of a particular region. Targeted preparation for work areas such as the presentation of religions in museums is also possible. Courses in the fields of foreign languages ​​or IT complete the range of courses.

In a master’s degree in the field of religious studies, students can deepen their knowledge and qualify for management positions . A master’s course usually offers the opportunity to specialize even further in a certain religion, geographical region or historical-religious epoch. In this context, the students also deal in depth with the various methods of cultural and linguistic studies and empirical social research.

Numerous universities offer religious studies as a subject; often as part of a two-subject bachelor’s degree . With this, the students choose another subject and thus set further priorities.

Budding religious scholars should not only be interested in the various religions , but also be interested in historical and social contexts. Since Latin and Greek sources are often the subject of the course, knowledge of these languages ​​is also helpful for the course. At some universities they are even an admission requirement or the students have to learn the languages ​​in the first semesters of their studies.

As for almost all social and cultural scientists, there is no fixed job profile for graduates of religious studies. The rather study opens up the possibility of working in a variety of professional fields . It is advisable to do internships and part-time jobs during your studies in order to explore your own interests and gain practical qualifications.

Here is a selection of possible fields of activity :

What are the advantages of studying religious studies abroad?

One or more semesters abroad or even a whole study abroad offer students of religious studies some advantages :