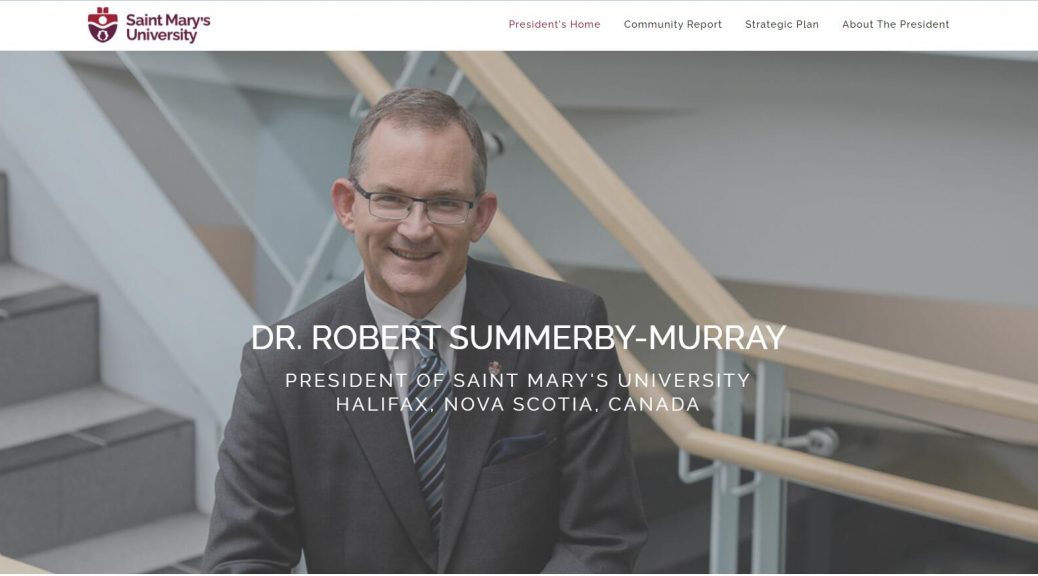 I am studying information technology at the FH in Germany and spent my 7th semester as a semester abroad at the SMU from September to December 2011.

I didn’t start planning my stay abroad until March 2011, and even then everything can still be managed well. Of course, the whole thing might be a little less stressful if you start earlier.

After receiving the acceptance, you will also receive your matriculation number – now the actual planning begins.

If you want to hear lectures from higher semesters, there are courses that you have to have already completed (usually at the SMU) – you must therefore provide a transcript to prove which equivalent course you have completed in Germany. For me, everything was very straightforward – an email and I was directly activated for registration.

I lived in a single room in the dormitory in the Loyola Residence and can definitely recommend it. A hallway is again divided into smaller areas, in which you share a shower and toilet with six people – but there were never any problems. I was fortunate that I only had Canadians in my field.

The only downsides to the residence are the high costs and the mandatory meal plan.

The Dockside, the cafeteria in the SMU, actually offers a relatively large selection. At least at the beginning you can get along with it quite well. At the end of the semester, however, there is a lot hanging out because the diet is pretty much like fast food. Sandwiches, pizza, wraps, burgers, french fries, hot dogs, etc. There are “only 2 correct” meals to choose from per meal and the variety is not necessarily great.

Studying at the SMU is different than in Germany. In general, there is actually a midterm in every course, i.e. an exam halfway through the semester that covers the material learned up to that point. During the semester you have to continuously edit and submit assignments, read a lot and sometimes (depending on the field of study) give lectures. The final exam therefore usually only makes up around 30% of the final grade.
I took the minimum number of courses, 3 to be a full-time student, and yet you have a lot to do throughout the semester. I would not recommend anyone to choose more than these 3 courses – you do not go abroad to study (even if you might think so at the beginning ;-).
Before I went to Canada, I had already completed all of the courses in my studies in Germany – so I could simply study interest-oriented at the SMU. I took two computer science courses and one psychology course. I liked all 3 very much. The professors are all very friendly, the courses are small and there is a pleasant study atmosphere.
We were 3 students in one of my computer science courses, that was really great. Usually, however, it is a bit more.
As a tip you can really only give everyone: Don’t do so much for your studies, but rather learn from the many new people from all over the world, travel a lot and speak English.

Costs: The costs for studying and accommodation are very high. The 8,000-10,000 euros stated by CC for the semester are realistic, it is certainly not cheaper to live on campus. Otherwise everything is a bit more expensive, but at least the exchange rate benefits you. However, that shouldn’t prevent you from spending a semester abroad – it’s worth it! I financed my semester abroad with a scholarship and I can only advise you to apply for scholarships, for example with the DAAD.

You are looked after really well. Especially in the first few weeks there is the International Orientation Week and the week after that the Frosh Week (orientation for Canadians, but you can also do well as an international, I have too). It’s a good thing that at the beginning you have so much on your mind and don’t get to think. You get to know so many people within the first 2 weeks and are kept away from homesickness and caught. I would definitely take advantage of the offers in Orientation Week. If you want to get to know Canadians right from the start, you should register for Frosh Week.

Halifax offers a wide range of recreational opportunities. In any case, you can celebrate well, there are many clubs that also offer offers during the week. We were mostly in the “mainstream” clubs, but you can also go to the northern part of Halifax, there are more alternative clubs and music – I missed that a little in the other discos. The North End is considered a more dangerous area, you can see big differences on the streets. But if you are traveling in a group there is actually no problem.
Otherwise, Halifax is really safe in my opinion.

An absolute must for anyone studying in Halifax is the “Venus Pizza” shop – instead of a pizza, you order a shawarma there! This is the Lebanese version of the kebab, so to speak. You won’t find anything better in Halifax, I’ve been there at least once a week, especially after the party. You should also try the Donair meat. Sounds like doner kebab, but it doesn’t taste like that. I won’t tell you more – try it!

Otherwise, in Halifax, just take a walk, visit Point Pleasant Park, and sit by the water. Tuesday is cinema day (Empire Theater), I was actually there every week and with $ 5 you are really very cheap.

You should travel and it is not a problem to hang out at the university for a few days, the professors are all very accommodating. A few nice places are Cape Breton, PEI, Newfoundland (unfortunately I didn’t make it myself, but it has to be beautiful), Wolfville … A lot comes naturally when you are there for the first time. I wouldn’t plan so much in advance either, I didn’t plan anything beforehand. Everything turns out differently anyway and everything will be fine :-).

Before studying in Halifax, I was in New York for a few days, which makes sense because direct flights to Halifax are usually more expensive than flights via New York. After my semester, I traveled to the USA for 1.5 months – I can only recommend that. If you are already on the American continent and the semester in Germany doesn’t start until a few months later anyway, you should use the time!

As you have probably read quite a few times, there are a lot of exchange students from Germany at the SMU. As mean as that sounds, I can only advise you to stay away from them and to make friends with internationals and Canadians. You are there to improve your English and to get to know new cultures and make new experiences. You won’t if you hang around in a “German group” for the whole semester. Right from the start I distanced myself a little from the other Germans and that worked out well. Still, I’ve made some really good friends from Germany. At the end of the day, my circle of friends definitely consisted of 15 different nationalities and that is also one of the big pluses at the SMU.

I can recommend a semester abroad to everyone and you don’t have to be afraid or worry about it. Packing at home is actually the most exciting part of it, as soon as you sit on the plane or have arrived in Halifax, everything becomes easy very quickly. Things happen.

I would choose it again at any time and I am happy about the many new friends, the experience and the improved English skills.
A semester like this will definitely bring you further, be it in personal development, on paper for professional life or through new perspectives and experiences.