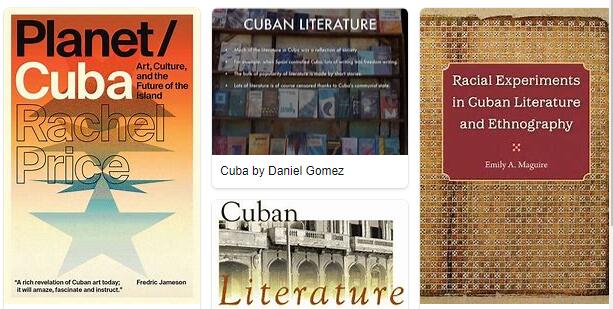 Although it was one of the first and richest Spanish colonies, Cuba was never the seat of a viceregal court, it had no university before 1728, nor any printing house before 1707, nor a theater before 1766, in short, it lacked a true intellectual life until almost at the end of the century. XVIII (with the exception of the publication of the Espejo de paciencia, short story in verse, of 1608, due to S. Balboa Troya y Quesada, but born in the Canary Islands), when an enlightened governor, Luis de las Casas, initiated a fruitful cultural movement. In the colonial centuries there was obviously no shortage of religious colleges (in particular of Dominicans and Jesuits) and some ecclesiastical writers – such as Bishop Morell de Santa Cruz, author of a Historia de la isla y catedral de Cuba (ca. 1760) – and profane – like the historian Arrate (Llave del Nuevo Mundo, 1761). A notable flourishing took place at the end of the eighteenth century and throughout the nineteenth century. The geographical proximity to the United States and the support given by them to the cause of the island’s independence led many of the greatest Cuban writers – from Heredia to Martí – to take refuge in the USA. Contact with US language, thought, and literature was frequent. The Enlightenment not only inspired in a neoclassical sense the activity of poets such as M. del Socorro Rodríguez (1758-1818), M. de Zequeira (1760-1846) and MJ de Rubalcava (1769-1805), author of the Ocios de Guantánamo (in which the bucolic element is a prelude to romanticism), Papel periódico de La Havana (1790-1805), one of the first American periodicals, which later became (1810) the daily newspaper El Diario de La Habana. Valuable ideological reformers and pedagogists were priests of liberal tendencies, such as JA Caballero (1762-1835) and F. Varela (1788-1853); while the theater (El príncipe jardinero, by S. Pita) and the sciences also gained momentum, after the famous essay by A. Humboldt (1826), which constituted a real modern “discovery” of Cuba. freedom of the island, repressions by the Spanish authorities, who shot, among others, the mild mulatto poet G. de la Concepción Valdés, known as “Plácido” (1809-1844), the exiles. Great exiles were the poet JM de Heredia (1803-1839), America’s first romantic, author of exemplary lyrics such as En el teocalli de Cholula (1820) and Niágara (1824), the critic and scholar D. del Monte (1804-1853), the poet and prose writer JC Zenea (1832-1871), who died shot, the narrator C. Villaverde (1812-1894), whose novel Cecilia Valdés (1839) marks the triumph of romanticism in fiction, and the polygraph and educator JE Varona (1849 -1933), the greatest figure of Cuban positivism. According to ehotelat, Cuba is a country in Caribbean.

Worthy of note are those writers born around 1940, who grew up with the revolution, who began publishing after it and who are witnesses of its problematic run out. Among the narrators we must remember Miguel Barnet (b.1940) with the trilogy of novels (Biography of a cimarron, 1966; Canon de Rachel, 1969; Gallego, 1974) in which a happy coexistence of fictional creativity and anthropological investigation takes place; Manuel Pereira (b. 1948) with the novel El Comandante Veneno (1977); and again J. Onelio Cardoso, J. Diaz Rodriguez, Norberto Fuentes, A. Benitez Flores. To this group also belongs S. Paz, a cult author for his generation, from whose book Fresa y chocolate, focused on themes such as friendship and coexistence with the diversity of others, was made in 1993 a very successful film. Important figures in the contemporary literary landscape of Cuba are, moreover, Miguel Mejides (b.1950) and JM Sánchez Gómez, whose works are a precious testimony of the contradictions that the country is facing today, between modernity and political conservatism, Abel Prieto and Angel Augier (b.1910). The so-called novisimos actively operate among the poets, who return to everyday reality looking for a balance between “committed” poetic forms and other purer ones, aimed only at expressing the new human reality of the island. Among these emerges the group orbiting around the Ediciones El Puente (Belkis Crusa Malée, Pedro Pérez Sarduy, Nancy Morejón, Lina de Feria) and that of El Caimán Barbudo, monthly supplement of the Joventud Rebelde magazine (Orlando Alomá, Victor Casaús, Luis Rogelio Nogueras and Guillermo Rodriguez Rivera). Finally, among the theatrical authors we remember J. Triana, Reguera Saumell, Nicolás Dorr, Flora Lauten. An important international Book Fair is also held in Havana every year, often attended by publishers and representatives from many countries, not just South America.