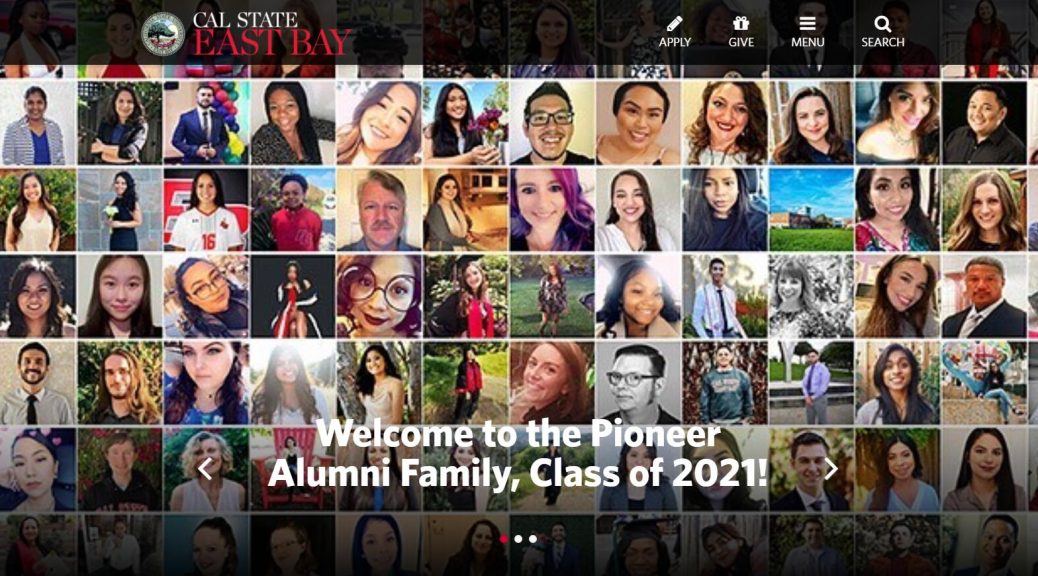 As part of the Visiting Student Program, I completed two quarters at California State University East Bay from April to September 2012.

Thanks to the active support from your website, the application process went smoothly. In general, it is advisable to look at the documents at least 6 months before the start in order to be optimally prepared for the upcoming semester abroad. With the help of the application instructions, which you can also find there, you can put together the required documents and send the whole thing to Münster. Above all, it is important to have a valid passport for the later visa appointment in one of the American embassies in Berlin, Munich or Frankfurt, proof of language skills in order to be admitted to study.

In general, it is advisable to reserve a hostel / hotel room in advance via the Internet in order to make settling in as uncomplicated as possible. I would also recommend spending the first few days in San Francisco to check out the city first. The Americans generally use the website craigslist.com as a platform, but there are also all other advertisements in addition to apartment advertisements. On this platform you will find both private and commercial offers, for example if you want to buy a car, smartphone or the like.

Personally, when looking for accommodation, I took a hotel room in downtown San Francisco for the first few days, and after 3 days I traveled to Hayward with the BART to look for an apartment on site. In Hayward I took a hotel room near the university. After another 3 days I was successful in looking for an apartment and was able to secure a room in the City View Apartments near the university. My rent was $ 530 (all expenses included).

The ALP (American Language Program) Office is responsible for on-site support. The office is pretty centrally located on campus. My contact person was Yuri Nagasawa, who welcomed me in a friendly manner in Hayward and looked after me competently in all matters. The ALP office helped me with my choice of modules, issued me documents for my home university regarding the crediting of courses for my studies in Germany, but also organized FUN trips to nearby places that I could take part in for free.

Studied at the host university

In contrast to my home university, the courses I took there were much simpler and more practical. Students could contact the lecturer directly at any time with any problems, without having to pay attention to consultation hours. The courses I took during my two quarters were challenging, but easily manageable with a little effort. As mentioned earlier, the modules were less about theoretical aspects. Rather, the attempt was made to apply dry theoretical content in practice to achieve the greatest possible benefit. The working atmosphere within the lectures and exercises was very pleasant, as students could be looked after individually in groups of a maximum of 30 people.

The Bay Area around San Francisco offers you excellent places to visit that are otherwise only known from television. Sights in San Francisco include Twin Peaks, Golden Gate Bridge, Alamo Square, Union Square or Market Street. The Bay Area is through the BART with which one can easily reach the nearest cities. Personally, however, I would recommend getting a car as it is primarily safer and more comfortable to explore the Bay Area by car rather than struggling with the imperfect public transport system. Compared to the fuel prices in Germany, the fuel prices in the United States are a lot cheaper, so it pays for itself quickly and saves a lot of nerves.

In addition, you can reach cities such as Los Angeles, San Diego or Las Vegas within a few hours by car or plane. I would recommend you to choose the closer international airport in Oakland as the departure point, as this departure point usually offers cheaper prices than the airport in San Francisco and is easier to reach from Hayward.